Are you fed up with your routers sudden connection drops and sluggish performance despite having a fast internet connection?

If you are suffering any of the above problem, you must go for a new router but buying a WiFi router is never so easy with so many options available.

But no worries because we have designed this Wifi router buying guide to educate you about WiFi routers, so that you can make an informed decision and get the right wifi router that suites your needs.

You will get a practical guide without any theoretical fluff (except some technicalities that are important for you to understand).

Single-band router works only on 2.4GHz frequency bands that gives you a range of up to 450 square feet and maximum speeds of up to 300 Mbps.

If you live in a two-bedroom home with a basic plan whose speed does not exceed 300 Mbps, then a single band router offers adequate speed and excellent range.

Most of the wireless gadgets in your home use the 2.4Ghz band like Bluetooth, wireless mouse, and smart devices hence this band is more prone to interference and congestion of signals.

If you live in an apartment with a lot of homes surrounding you, then single-band routers are not a good choice as you will experience network congestion and frequent connection drops.

If you have a basic broadband connection that has a maximum speed under 300 Mbps, you don’t need dual-band routers. Single-band routers are available at budget price point yet give you the best performance out of your connection.

Dual-band routers will help you combat the connectivity issue of single-band routers. You get two bands – 2.4GHz and 5GHz bands.

While the 2.4 GHz band gives you moderate speed but a stable connection over a long-range, the 5GHz band offers excellent speeds of up to 1300 Mbps depending on the router you buy.

If you have more than 5 connected devices at home, you will benefit from a dual-band router as you can split your device between two networks – ones that need lower bandwidth and the other that require high-speed internet.

Tri-Band routers are rare in the market and you will benefit from them only if you have more than 15 connecting devices at your home along with a high-speed internet connection.

Although Tri-Band routers won’t increase your speeds, it helps you to distribute the network load of many devices by splitting the connection into multiple networks without compromising on the available speed.

If you live in a home that is more than 3000 square feet with multiple stories and a lot of brick walls in between, you will experience WiFi dead zones at certain points.

To combat this, you can go for WiFi mesh routers. Mesh router solutions come in a pack of two or three mesh units that helps you to cover large areas.

Instead of broadcasting WiFi signals from a single point, the mesh router system broadcasts from multiple access points. One of the points links to the modem and acts as a router while other access points capture the signals and rebroadcast it to extend the wifi range and kills the dead end zones despite the area and multiple stories.

Routers for BSNL broadband connections come with a DSL port for internet connectivity.

If you are looking for an uncluttered setup with minimal wires, then go for a router that has an in-built modem because you don’t have to buy a modem seperatly.

Features and Specifications You Should Consider

#1. Physical Ports Your Router Have

Routers come with various ports like LAN, WAN, and USB. LAN ports will vary depending on the router you are buying.

If your setup includes a desktop, an additional laptop, and a smart TV, then go for a router with four LAN ports so you can get wired high-speed connectivity for your devices.

LAN ports support speeds starting from 100 Mbps to up to 1Gbps. If you have a gigabit connection, then go for a router with gigabit LAN ports to make the most of your connection.

WAN port is the port to which you connect your incoming connection cable. For gigabit routers, the WAN port supports connection speeds up to 1Gbps.

USB ports on the routers are of two types – USB 2.0 and USB 3.0. Routers with USB 2.0 can use it to share print media throughout the network and for those with USB 3.0, you can connect a pen drive or hard disk and use it as a local media server.

WPA(Wi-Fi Protected Access) was introduced in 2003 followed by WPA2 in 2004 that encrypts the network data with a 256-bit key which is very secure. This prevents hacks against your devices on your network.

The encryption algorithm works by encrypting the data sent over the network and decoding it once it is received in the device. Both router and your device decide on a secret key that is required to decode the data being transmitted and received

Your WiFi passwords are also encrypted using WPA2-WPS so your password can not be hacked easily.

This technology increases network performance and improves the data throughput of the router. If you have multiple power users that use the connection for heavy bandwidth use cases, MU-MIMO will help in maintaining the high demand.

Beamforming is a technology in which the WiFi signals are focused in a specific direction.

If you are sitting diagonally to your router with a laptop, mobile, or computer, instead of broadcasting the signal in all directions, the antenna beams the signal in the direction of the receiving device for a stable connection.

Router antennas come in different array sizes. You can get anywhere from one to six antennas in entry-level routers.

Some single-band routers don’t have any external antenna but only an internal one that has a limited WiFi range.

If you go for a dual-band router, you will get antennas ranging from 3 dBi to 5 dBi power. The more the strength of the antenna, the stronger will be the signal strength.

Router can act as an access point and a repeater. A wireless access point attaches to your router with an ethernet cable and transmits its signals via its internal antenna. You can directly connect to access points at just like hotspots.

Router as an extender or repeater is the same as an access point but you need to set up a separate wireless network for every extender.

Extender mode functions by taking the main signal from a router and retransmitting it thereby extending the range. But since the repeater has to communicate both ways, bandwidth shrinks by half. So, more number of repeaters will lead to slow network speeds.

QoS on routers helps you to manage the available bandwidth by the intelligent allocation of bandwidth for devices with high-speed requirements and giving a lower speed connection to devices with lower demand.

Quality of Service in a router has two features: bandwidth management and network prioritization. You can use both features together to get the best possible bandwidth allocation to demanding tasks like online gaming, streaming, and downloads.

Consider you have few devices like iPad, tablets, smart TV and laptop on which you consume most of your media, the router will allocate more bandwidth to these devices as compared to mobiles, digital assistants like google home, alexa and other connected devices.

#8. Apps for Setup and Control

Having a companion application in android and iOS is very convenient as you will be able to set up, manage and configure your router right from the comfort of your chair every time you need to change something.

This avoids the need to login to web pages of the router every time you need to update the firmware, add or remove devices from MAC filtering, and more.

802.11n was introduced in 2009 with support from both 2.4GHz and 5GHz. You also get multi-channel usage functionality where you can get up to 150 Mbps on a single channel that gives a total of 600 Mbps throughput. You get an extend range of 175+ meters as compared to 802.11g

The AC standard is the most widespread wireless standard of current-generation routers. You get a maximum of 1300 Mbps. Additionally, the standard supports MU-MIMO technology that can give excellent 5GHz band performance. 802.11ac has the same range as 802.11n around 175 meters.

The future wireless standard 802.11ax is supposed to network throughput of up to 10Gbps which is a solid 40 percent above the older standard.

If you are a heavy user of high bandwidth tasks throughout the day, then Netgear Nighthawk X8 R8500 AC5300 Tri-Band Quad-Stream Wi-Fi router is a great choice as you get a tri-band feature to balance load across all devices.

If you live in a house with a basic broadband plan, then D-Link DIR 615 WiFi router is a budget pick that gives you the required speed and long-range.

If you are looking for a dual-band router with gigabit support, then TP-LINK Archer C6 Dual band router is an excellent router to manage your high-speed network traffic.

For the best mesh network system in the budget, go for Tenda MW3 Mesh System that provides you excellent Wifi coverage throughout your home or office and eliminates the dead zones. 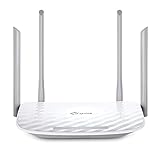 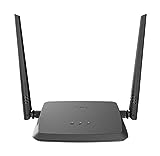 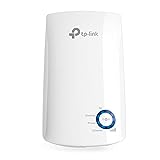 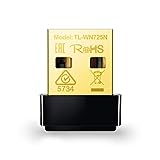